A Word on Wood

Turning competition from stress to fun in whitewater kayaking

An introspective based on 16 years of competition to help motivate more paddlers, especially women, to consider competition as a fun avenue for self-improvement to push their skills.  This blog is cross-posted on Kokatat's team blog titled: Motivations for competing in whitewater kayaking When I first started competing in 2005 it was fun because I had no expectations for myself with regards to results - I just did it for fun. Then, I spent many years competing in whitewater and feeling really stressed about it. I would enter competitions with high expectations and invariably be disappointed in the results. In 2019, I finally started having some fun competing again by being more intentional with my practice and more fully present with those who surround me. I am now able to experience the joys of focused improvement and share in the joys of others’ successes. And, results have followed. In this blog I use my own maturation as a competitor, as well as informal conversations with my f
Read more 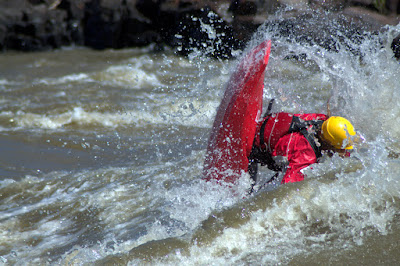 Yes, the Slave might be one of the largest rivers in the world, but this week, the flows almost doubled. On Monday, it was too low for Rollercoaster, which is a low water feature. On Tuesday, it was too high for Rollercoaster, and maybe high enough for the Sweet Spot, which is a high water feature. By Wendsday, is was too high even for the Sweet Spot. We have no idea what to paddle. We made a couple expeditions out to different spots, but mostly we've been surfing the waves out in the middle of the playground channel, which are good for once. We're all waiting eagerly for the levels to drop from "flood" to "high" so that we can hit Sweet Spot and the Forgotten. In the meantime, enjoy some random photos from the spots that we've investigated. Photo by John Blyth. Full album First we went to Rollercoaster, since we couldn't believe that it would be too high just one day after being too low. The only moves that we could do there were downriver
Read more 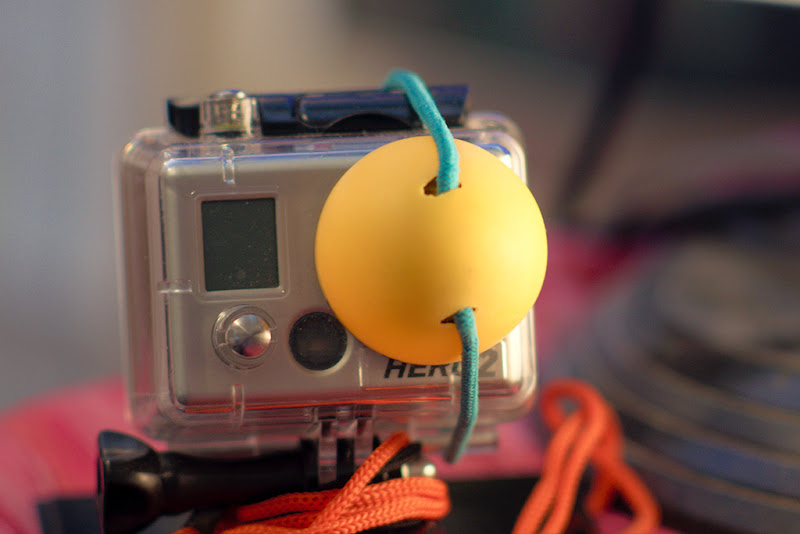 Or, for my kayaking audience: Sweet ill stuff to do while yo leg is broke. Specially if you are ballin on a budget. Brown. EDIT: I have written another article, featuring a newer stern mount, but also a short essay about my philosophy of GoPro filming. You can check it out here . Well, as you all know, I recently broke my leg, so I can't kayak for a while. During my downtime, I have been playing around with my camera equipment, and I thought I would write a post about some of the cool things that you can do to your GoPro. The GoPro HD cameras have revolutionized action cinematography, because they are so accessible and yet so high quality. I am still learning, but here are a couple of tips and modifications that I have found that help you get even more professional looking results with a minimal investment. I started this article by just writing about the time lapse tools, but then I just had to make a video showing them in action, and then it all spiraled out of cont
Read more