Showing posts from January, 2012
Show all

Answers to all your questions 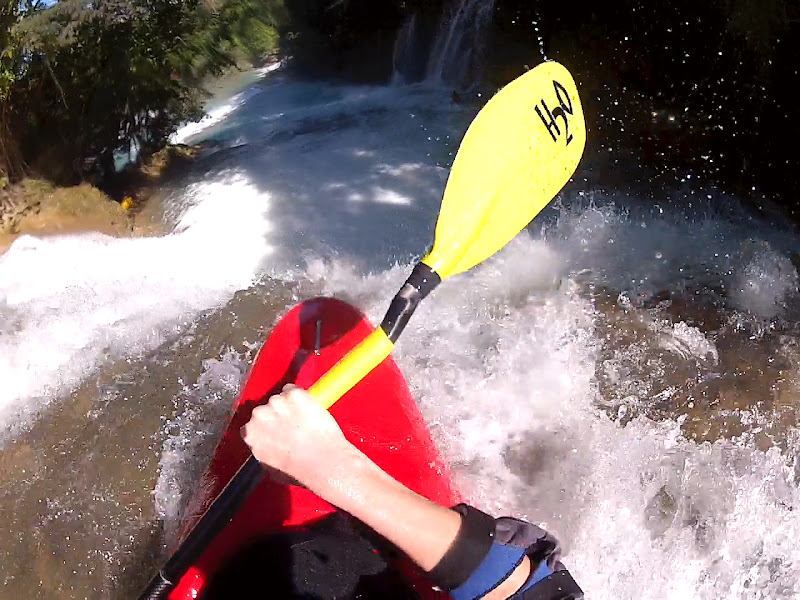 So, I broke my leg in Mexico. I have posted a couple comments to facebook and google+, and there has been the predictable flood of questions. Rather than answer the questions over and over, I figured I would write up one detailed account of the whole story, and then is anyone asks me after this point, I will either make up an entertaining new story, or direct them to the blog. Here's the deal. Natalie has spent the last two months in Honduras, working for a Peace Corps volunteer. I flew down there around new year's day, and we planned a slow trip by land up to Veracruz, paddling where we could. I brought gear for us, but no boats. After a few days of travelling by bus and van, we met up with a bunch of kayakers in Chiapas Mexico, at Agua Azul. We borrowed some boats, and were really happy to get on the water, especially at Agua Azul, which is like a waterfall playground, full of awesome travertine slides and cascades. Notice that this is the first tier of a double drop.
4 comments
Read more
More posts