Showing posts from May, 2009
Show all

Another of Ty's crackpot schemes 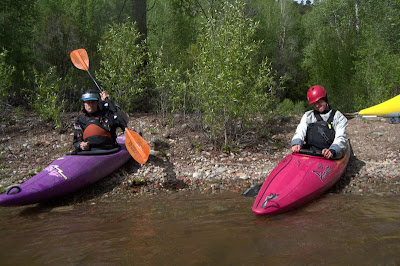 In a not completely unexpected move, as part of the Eddyflower Vertical Challenge (check the standings here . Look for team Leif and Natalie.), Ty convinced me to paddle from Aspen to Glenwood. He called me up, claiming that we could get over 2000 feet of vertical in under 3 hours. I said that I wanted to live. Then he described the run, and I instantly asserted that I would have nothing to do with it. "This is a completely crackpot scheme," I said, (or something to that effect). Next thing you know, we were at the putin. It's about 40 miles from Aspen to Glenwood. We managed to recruit Morgan from CRMS, and recruit some long boats too. We decided that we would skip Slaughterhouse, since that would add another hour to our already ludicrous day. I had grabbed a Wavehopper, since I'm so lazy and all. If you've never paddled a downriver boat... don't. It's so hard. As we got into the boats at the Toothache putin, I told Morgan and Ty that I
1 comment
Read more 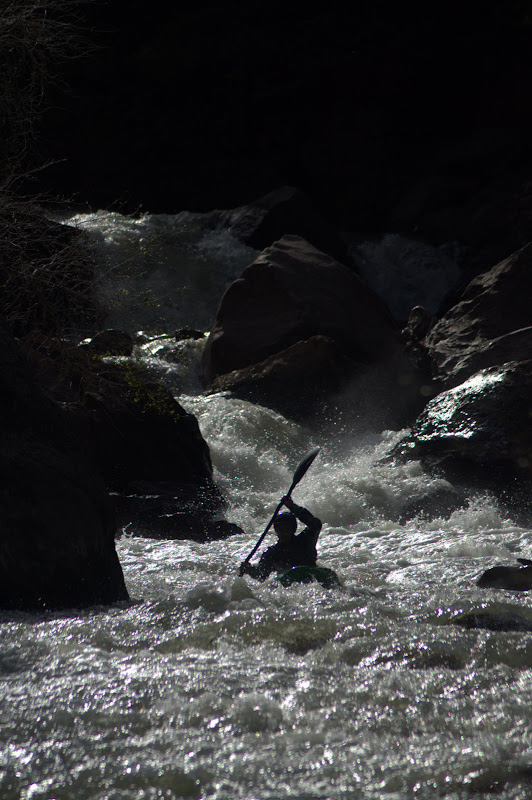 Those of you who are not grad students probably remember finals week as a stressful climax to the semester. You probably had a bunch of finals, and divided your time between studying and freaking out. Well, when you're a grad student, especially a third year grad student, things are a little different. Personally, I'm only taking one class, which didn't have a final, and I had to have all my grading done before the finals week started. Natalie had two finals, but the earliest one was on wednesday. When classes ended, we were ready to have some fun. We started our adventure off with a run down Eldorado creek, outside Boulder. Neither of us had done it before, so we had no idea what to expect. It was a blast. It's basically a park 'n huck rapid, about a quarter of a mile long. At the top, there's a nice boof, then there's a long-ish double drop. There is more stuff below there, but we elected to take out right after the crux. Eldo was like some sor
Post a Comment
Read more
More posts