Showing posts from July, 2015
Show all

Making the US Freestyle team 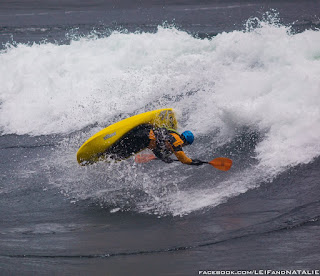 The 2015 World Freestyle championships are to be held on Garberateur wave on the Ottawa. Team trials for the US team were thus scheduled for the only consistent wave that anyone knew of in anything like the right time of the year: the Glenwood wave. I heard about these decisions sometime in late 2014, and instantly thought to myself that this would be an event to train for. I graduated from CSU in May of 2014 and was going to spend the next year or so just focusing on paddling. I primarily paddle the Fluid Element, which is a surfboat/playboat hybrid, and excels on waves like Glenwood which are a little flat and slow. I would be coming to the event in pretty good physical condition, and would have had a lot of time before the event to work on my freestyle moves. I didn't really think that I could make it, but I knew that my chances were better than they had ever been. My goal wasn't necessarily to make the team, but to paddle at my full potential, and maybe make the top
Post a Comment
Read more
More posts