Showing posts from April, 2013
Show all

By Leif Anderson - April 30, 2013
I've been feverishly slaving away at the editing machine, turning the cracks, pulling the levers, and taping all that footage together, and the tireless efforts have finally paid off. It was worth the three weeks spent without any sleep and the hundreds of dollars spent. With no further ado, allow me to present the fully edited Spring Break video to go with this story . At the end of the video is Jakub Nemec's hail mary to beatdown at Celestial falls. Shit gets intense for a while, and may not be appropriate for younger viewers (Finn... Ollie...). However, Jakub came out of it ok, and we did find that paddle that everyone was yelling about so loudly ("Katrina! Get the paddle!"). Mostly it was Galen yelling, because it was his paddle that Jakub was borrowing. I debated leaving out the beatdown, but decided to stick it in there for a couple reasons. The rest of the video is good clean fun, since I carefully removed all appearances by anyone associated with BDP.
1 comment
Read more

4 days in the Southeast 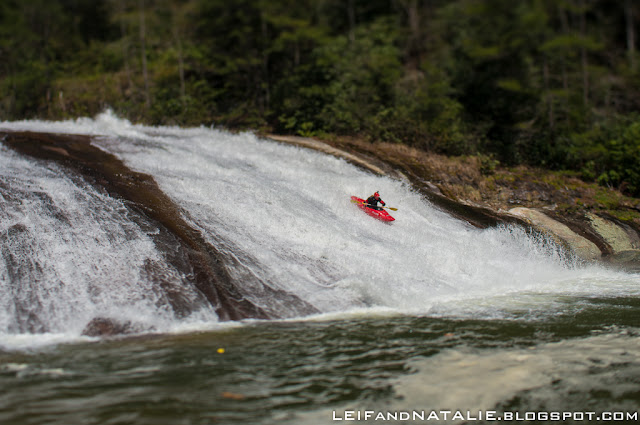 Last weekend, Natalie and I got to go on a trip to the Southeast US for a Fluid kayaks team trip. This may surprise our more astute fans, because I am constantly making fun of paddlers from the southeast. Well, having taken a trip out there to experience their rivers for myself, I will say this: I was totally right. Everything that I said about the east seems to have been completely verified by my trip out there. Paddlers from the east are giant babies about cold weather and cold water, because it seems to always be warm there. Paddlers from the east are terrified of normal rivers because all their rivers are incredibly tiny and have no water in them. And don't try to tell me about such and such from the east who is the greatest big water paddler in blah blah blah. If that person is good at big water, I bet that they are FROM the east, but they did their big watering somewhere else and they now live in Canada or the northwest. Paddlers from the east have bizarre attitude
1 comment
Read more 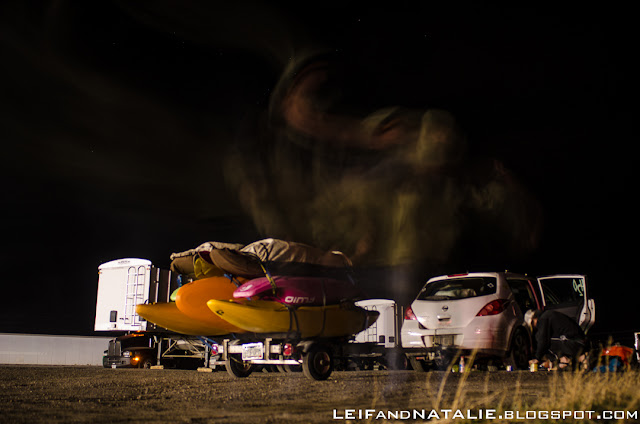 This spring break, Natalie had to do some research setup in the Northwest Territories (that's a state in Canada) and couldn't come paddle, so Spencer Mauk, Josh Oberleas and I loaded up and headed out to the Pacific Northwest (that's those states in the US). I had a great time showing the boys down some of my favorite runs around the Hood river area. I'm putting together a video of the trip, but for now enjoy some of the photos we took. Spencer creepin on my long exposures We started out by driving through the night and sleeping for about 3 hours in the car in order to make it to the Wind River race. None of us had ever done the Wind, but we knew it was a pretty mellow run. I still had to lobby pretty hard to get Spencer and Josh to register for the race. In the end, I think it was the fact that entry fees covered beer at the takeout that really tipped the scales. The race was a ton of fun, and about the difficulty I had imagined. It was a mass start, so
Post a Comment
Read more
More posts