Showing posts from September, 2012
Show all

By Leif Anderson - September 20, 2012
If you live in Colorado, summer has been over for about 13 months now. However, if you're an international rock star, the party never stops, and the season is endless. You can guess which category Natalie and I are in. We had an awesome summer this year. Early in the season, we collected a lot of creekboating footage around Colorado for Natalie's 2012 Grand Prix application . It was good that we did that early, because the Colorado season never really happened this year. That didn't matter to us, though, because we were off to Idaho for the North Fork Championships and playboating on the Salmon, then onward to the Colombia Gorge, Skookumchuck, British Colombia , and finally our home away from home, the Slave River in the Northwest Territories. We playboated, creekboated, and just had a great time traveling around. For the majority of the trip, we were joined by Markus and Maria from Germany, who are on a year-long sabbatical, traveling, kayaking, and raising money
1 comment
Read more

By Leif Anderson - September 20, 2012
For more than a year now, we have been scheming and plotting, hoping to get Natalie invited to the 2012 Whitewater Grand Prix in Chile. We were about 6 months ahead of schedule making an application video ( which you can see here ). We had it finished before they even announced the location and format of the 2012 Grand Prix. Of course, as we know now, the 2012 event is going to be exclusively creek races, no freestyle events, so our original video, which was designed to show how well rounded of a paddler she was, no longer actually addressed the event. So we gathered more footage around Colorado, British Colombia, and basically wherever we could find water, and we put together this video: Natalie Anderson Grand Prix entry video from Leif Anderson on Vimeo . We barely got it done before the deadline, which was funny since in a way we had been working on it for over a year. I was pretty proud of my fancy editing work. Not so much the editing itself (although I am proud of tha
Post a Comment
Read more

GoPro Philosophy (and another stern mount) 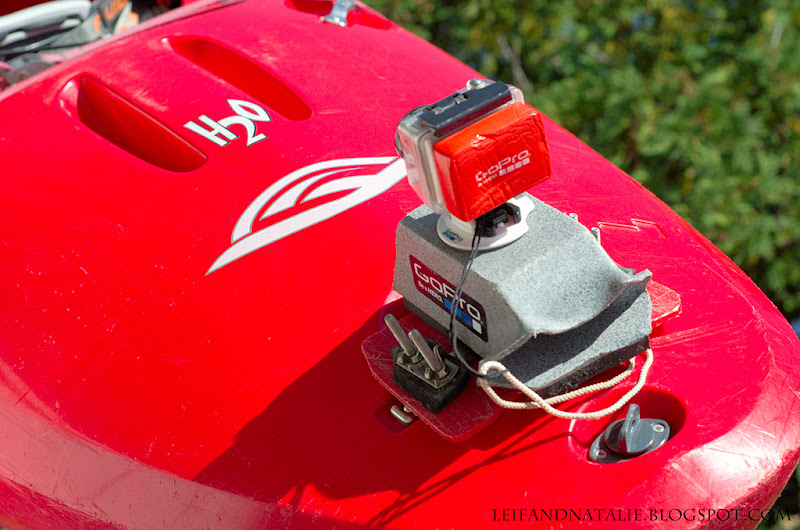 I wrote a blog post a while back about some of the mounts and accessories that I had built for my GoPro, along with a video that got surprisingly popular (the article can be found right here ). I've been thinking about it, and I decided to expand a little bit, and talk more directly about my philosophy of filming with the GoPro. Also, I built another stern mount, which I'll describe first. If you want to skip straight to the philosophy, click here . The new stern mount is a little lower profile. The Narwhal mount from last time provides a better view of the surroundings, but it's not right for every situation. It sticks up really high, so flipping over is not advised, and swimming is very bad. Also, if you do flip over, or brush the mount against a rock wall or something, it tends to get loose and start wobbling a lot. To fix all these issues in one fell swoop, I designed the new stern mount. It's a little specific to my boat (Fluid Bazooka) but the basic idea
6 comments
Read more
More posts